Connoisseurs of fine liquor can debate how to spell whiskey until their bottle runs dry. Whiskey can be spelled two different ways, with or without an “e” near the end. The difference comes from geography, language, and history. Spirits On Ice explains why you may see some bottles announce it contains whiskey, while others use whisky.

The actual word “whiskey” comes from a mispronunciation of the Irish Gaelic phrase “uisce beatha” or “uisge beatha,” literally, “water of life.” A similar phrase is used in Scottish Gaelic. It comes from the Middle Ages when monks distilled grains into alcohol.

As the word translated to English in the 1800s, the Irish spelled it with the extra vowel but the Scottish did not. These geographical divisions helped both regions distinguish their products. Either way, Spirits On Ice believes whiskey or whisky works perfectly with quick-chilling, slow-melting ice balls.

Related Post: How to Enjoy Whiskey: Neat, Blended and with Whiskey Ice Balls

As the whiskey industry advanced beyond Catholic monks in the Middle Ages, Ireland and Scotland separated their industries for marketing purposes in the late 1800s. Until that point, Irish producers argued that cheaper Scottish knock-offs couldn’t be real whiskey. Whiskey, with an “e,” became the standard for Ireland. Whisky, without the “e,” was used in Scotland. That trend continues today, for the most part.

In America and Ireland, expect to see whiskey for a large majority of spellings. Everywhere else in the world, including Scotland, mainland Europe, and Asia, spells this hard liquor without the “e.” Spirits On Ice lets you enjoy your whiskey or whisky on the rocks without the fast dilution that comes from standard ice cubes.

Related Post: How to Optimize Your Spirit Ice Vice

Modern standards for the spelling of whiskey versus whisky come from newspapers in the 1950s. That’s when the AP Stylebook, along with the New York Times and LA Times, standardized the word whiskey for publications. Newspaper style guides listed exceptions for whisky that came from Scotland and Canada. Spirits On Ice enhances the flavor of any type of whiskey, regardless of where it’s from or what style guides say.

Although Ireland and the United States typically use whiskey as the spelling, that is not always the case. Some major distillers, such as George Dickel, Maker’s Mark, and Old Forester, use the whisky spelling on their labels. Meanwhile, the Standards of Identity for Distilled Spirits and the U.S. Code use whisky when defining the malted spirit. In short, there is some rhyme and reason to whiskey or whisky, but not much. It’s still the same fine, distilled spirit you enjoy as a part of Spirits On Ice.

Elevating Whiskey (or Whisky) with Spirits On Ice

If you are a connoisseur of fine spirits who loves great whiskey (and whisky), or you are a bar owner looking to elevate your drink offerings, an ice ball maker is for you. At Spirits On Ice, we offer the Spirit Ice Vice, the top ice ball machine on the market. Give us a call at (513) 932-1250 or contact us online for more information.

Meet the Owners of Spirits On Ice

Kent & Kim Coomer are the husband and wife team behind Spirits On Ice. The Coomers purchased D&E Machine Company in 1990 before turning it into Spirits On Ice, the manufacturer of the Spirit Ice Vice ice ball press. Kent’s background is in custom-machining items out of metal, while Kim has decades of management and relationship-building experience. Together, Kent and Kim engineer a high-quality machine that quickly and efficiently creates customizable ice balls for drinks. The ice ball delivers more than a clear way to chill a beverage. It provides an experience for your guests, whether at home, in a restaurant or bar, or at the 19th hole of the golf course. 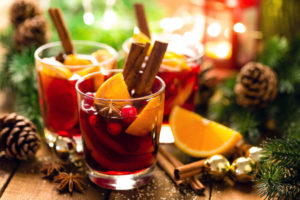 Whether hosting a large company party or a relaxing holiday gathering, keep your guests’ palates satisfied with Spirit on Ice’s top 5 festive cocktails for How to Entertain During the Holiday Season

With the holiday season in full swing, bar and restaurant owners can expect a fun but busy time of year for their company.  The holidays 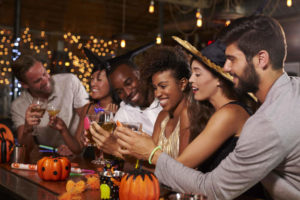 How to Throw a Great Halloween Party at Your Bar

Halloween is one of the most widely celebrated holidays – one that considerably drives up business for bars and restaurants that participate in the festivities.